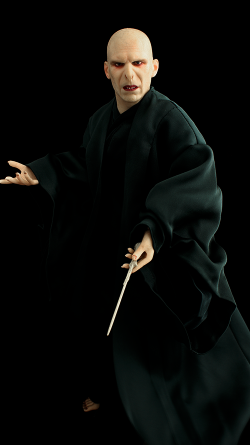 It’s He-Who-Must-Not-Be-Named, but I’m going to say it anyway, it’s Lord Voldemort, and the first 1/6 scale version on the market. I’ve waited a long time for a figure of the famed dark wizard, and now I finally have one. The toy industry has not been kind for a franchise that literally begs for action figures. The sheer number of characters warrants a commanding presence in the toy aisle, but surprisingly has existed on the fringe at best. So does this new figure hold as a representation of one of the most iconic screen villains?

Back way back when, Mattel had the first toy license and developed figures for Harry Potter and the Sorcerer’s Stone. They were decent, for Mattel figures, but severely lacked in many areas, especially articulation. The line also suffered from ‘Mattelitis,’ which follows the basic logic of 1) flood the market with variants of the main character, 2) short-pack female figures because they think they don’t sell, 3) make chase figures to make everyone mad, and 4) provide gimmicks. And is customary with Mattel, the line died after the second movie and everything went on clearance.

It wasn’t until the Order of the Phoenix that another company attempted figures. Popco (Cards Inc.) in the UK began making 3.75″ figures. They were actually pretty good for the size, and the smaller scale allowed for playsets and creatures, but they needed to be imported if you wanted them. I did. I have them. I like them a lot. 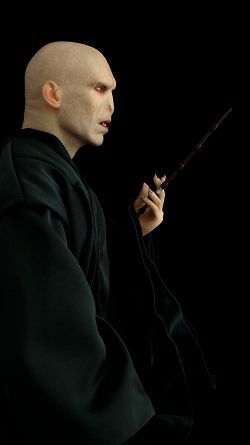 NECA made some attempts but it was still back in their statue days, and then Tonner made some very large figures but I didn’t care for them. Finally, in 2014, Star Ace began making 1/6 scale figures and released Harry Potter and Ron Weasley from the first movie. I passed on them only because they would look really out of place fighting Voldemort, so I’m going to wait until they have young adult versions.

Overall, I like the figure quite a bit. It’s not a Hot Toys figure, but it’s not bad at all. The figure comes with two different head sculpts with one being slightly neutral and the other being angry and evil. They look pretty close, but I think it’s the paint work that throws it off a bit. I love the bit of translucency that shows some veins, but it’s the lips that hurt it for me. It’s a bit too dark and looks like lipstick whereas the screen Voldemort has much paler lips. I actually really like the angry, screaming head a bit more than the neutral one.

The base body is also pretty good and can obtain some nice poses. The hands also swap nicely and feels sturdy which is actually really nice. I think the barefoot are also quite impressive with a nice evil wash on his toe nails. What I really like are the tightness in the joints which allows him to stand easily and hold poses without toppling over. He comes with a stand to help him, but I don’t think it’s really needed.

His outfit is quite impressive. It’s of a very subdued green tone which is accurate, and tends to look more black in photos which is pretty darn awesome. It’s made of a nice light material which allows it to drape and pose nicely on the figure. It also comes with articulated sleeve extensions that are attached by a magnet in the back. I couldn’t get it to sit nicely so I opted not to use them. About the only thing I’m a little unsure of is the pants. I don’t quite remember him having pants as I always thought he just used robes.

Voldemort comes with his wand, the Elder Wand, a fire effect, a wand effect, and an assortment of hands. Usually when I take pictures I don’t use a lot of the hands, but this figure practically demanded it to show off the work. Good stuff.

I think as long as Star Ace continues to improve and up their game, they’ll have a place in producing 1/6 figures. Rarely do you see a company start so strongly when they enter the industry, so I look forward to some of their future offerings. He’s not perfect, but it’s a great first figure of the dark lord. 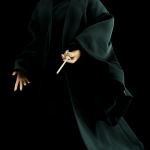 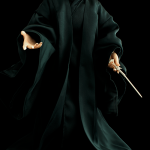 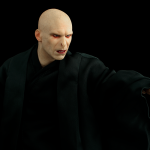 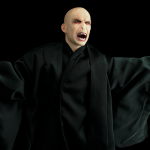 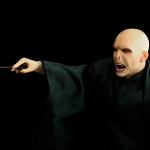 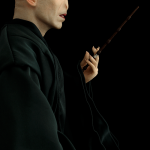