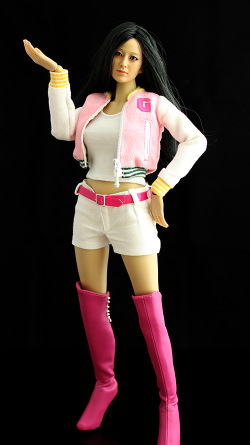 Every girl group has a sexy icon member and for Girl’s Generation, that would be Yuri. She’s a great dancer, quite athletic and strong, but she’s also quite funny and has a great personality for variety TV as she doesn’t shy away from saying things. She has confidence and charm that makes her fun to watch. I just wish I could find a good head sculpt that matches her, but sadly the one I’m using will have to do for now. 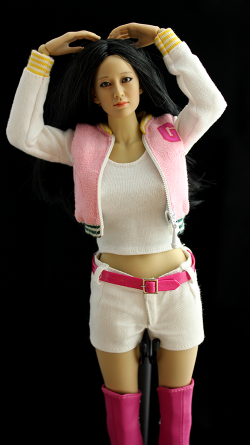 I think she’s a great member who contrasts some of the other members to give it a real all around appeal. She’s not one hold back from her strengths and she knows it which is quite different from other stars who tend to try and downplay their fame or popularity. In that sense, she can come off a little aloof but I think it’s charming because she has no reason to tone it down. I think this contrast is a driving force as to why Girls’ Generation is as solid as they are because each member brings something to the table and the sum is greater than the individual parts, even if the individuals are downright awesome.

It’s a bit funny because when I first got into Girls’ Generation and I was trying to learn who was who, I saw a clip of their reality show Hello Baby, and at first I thought she was one of the group leaders because she was so outgoing.

Head:
Yuri is actually the fourth figure I worked on but I struggled with it because no head sculpt really looked like her even though the other figures looked just like their real life counterparts. I’ve been looking every so often and still, not one looks quite like her and so she was the first of a few that do not truly represent the members. It’s a serviceable stand-in Kumik head sculpt until something more accurate comes about. I just hope one comes along, but it doesn’t seem like Kumik is working on Girls’ Generation anymore.

Body:
I’m using another Play Toy body although this is the medium bust version. The articulation is the same as the others so there’s really very little difference. After working with this figures a bit for posing for these photos, I’m finding things I like and don’t like and hopefully the version 2 body will be better. These high heels are also making it a challenge to balance the figures, but it’s what they look like so I have to work with it. It can just get really frustrating when they keep falling over.

Outfit:
Same Super Duck outfit as the others. I have yet to see these outfits on sale again which is too bad because I’m sure there are others that would like to make these figures. 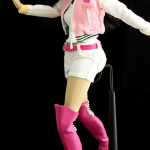 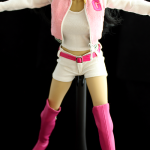 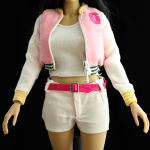 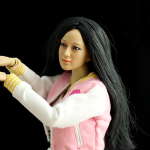 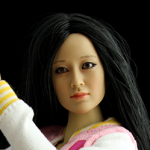